The following tools are some favourites from my own collection.

If you would like to know more about any of the toools, please feel free to contact me.

This is an early sash fillister by William Wheeler of Thatcham.

I am trying to find out when the first sash fillisters were made. This is the earliest example in my collection. 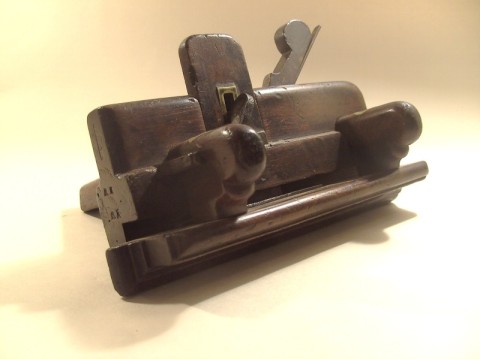 This is a very early moulding plane by John Davenport of London. This plane was found with a group of other early planes, in an old wheelwrights workshop near Sheffield. It measures 10 5/8 inches long. I find it amazing that a plane that is probably over 300 years old, with such  a delicate wedge, has survived intact ! 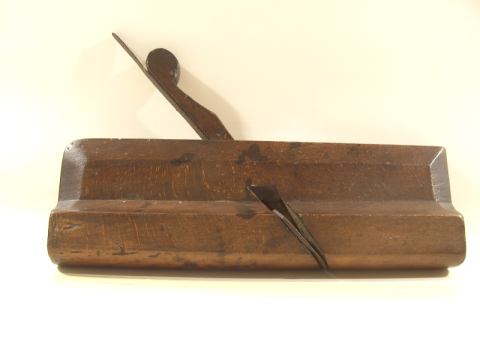 Next we have a 18th century handled cornice plane by Thomas Philipson of London. This is a massive moulder, measuring  narly 5 1/2 inches wide!. Note the rope at the front, this was so the poor apprentice could pull while the master guided the plane. I'm so tempted to try this plane out, but it has so much worm I'm scared of pulling it apart!

This plane has been with me for a long time. When I  was 21 my parents asked me what I would like as a present, and for some time I had the idea that I would like to own a Norris panel plane. At the time, David Stanley, the tool auctioneer, had a shop in Derby, and we decided to see what he had in stock. There was an old gent running the shop at the time, and I will always be grateful to him. I was offered the choice of about five planes, and what he made me do was to put on a blindfold, and plane a piece of wood with each plane. this was the only plane that felt right to me, and I will never regret that choice. 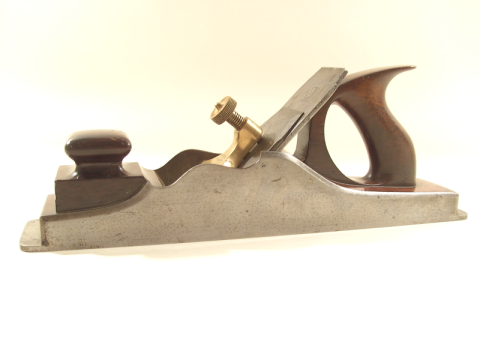 As a traditional joiner, I have always had a keen intrest in window making. This next tool is a rare sash dowelling box. Although it bears no makers name, it seems a little too  professionally constructed to be a user made tool. 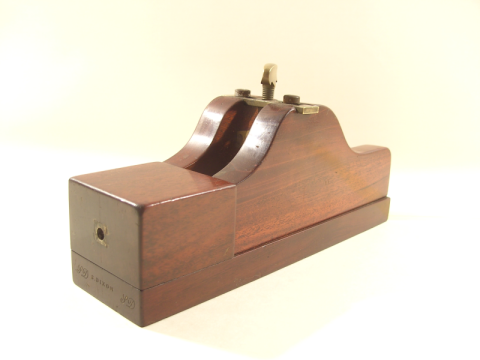 The next plane is a Robert Wooding panel plane. It has a nice original iron by William Cosby. I love the branded owners marks on early 18th century planes. Some of you may recognise this plane, as it is illustrated in Goodmans British planemakers from 1700 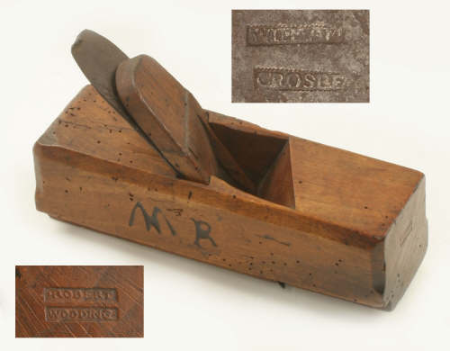 A passion of mine is 18th century ploughs, and fillisters.

This is a favorite from the collection . It is by William Loveage of London. 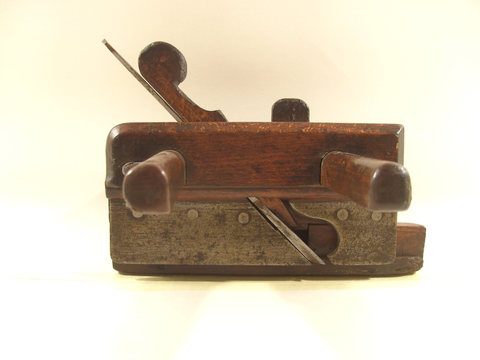 For a number of years I worked as a musical instrument restorer.

One common job was shooting the ebony fingerboards of violins, and cellos.

This next plane was the only one I ever found that would do the job without tearing any grain out.  It is a testament to my dear friend Bill Carters planemaking skills.

I doubt that many of Bills planes have seen as much action as this one, its been working hard for well over 17 years now! 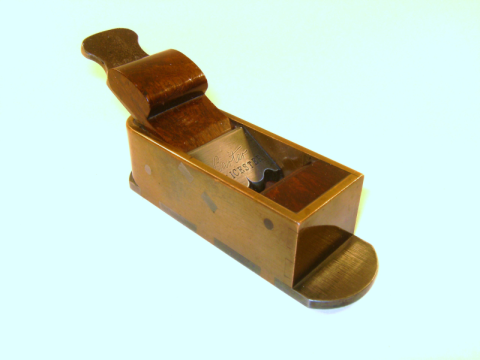 For a long time I searched for a smoother I felt comfortable with.

I tried all manner of planes, from Stanley to pre war Norris, but I never quite gelled with any of them. In the end I came to the conclusion that I would have to create my own.

Not being a metal worker, I found an old casting and lever cap on ebay, and built the plane around these.  The infill is burr oak, wich is not that heavy, so I hollowed out the front bun, and filled it with lead. The steel sole was sweated on to create a fine mouth, the steel was robbed from a sandvik disposable saw.  hardly any of the planes I use have adjusters, and I have never found this a disadvantage, so I would advise anyone not to be put off  using non adjustable planes 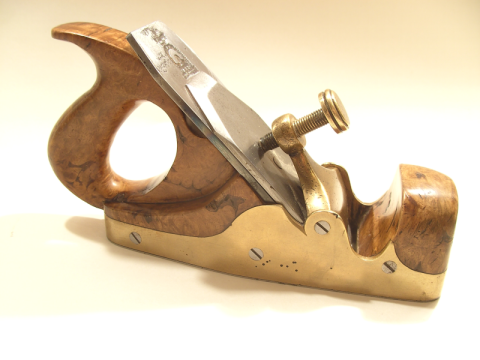 I love tools that have a bit of mystery to them.

This is a 18th century moving fillister by an unknown maker, W Tokelove.

This seemed a bit of an unusual name, so I did a bit of research, and found out that the name Tokelove only seems to crop up in a small area of Norfolk. There are quite a few Tokeloves that worked as carpenters, or wheelwrights in the 18th and 19th century.

The plane itself has some interesting details. There is intermittent wear strips, which are usually lignum vita, and associated with the Birmingham school. Im not 100% sure, but i think these maybe a combination of ebony, and boxwood.

The wooden depth stop is massive, and such a great shape. 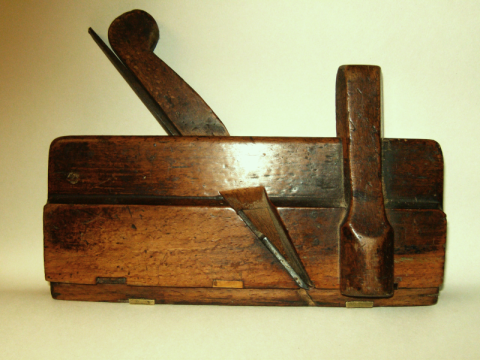 My interest  in tools began many years ago, and the following plane sparked it all off.

This plough plane by Kay of Nottingham, first belonged to a carpenter, G Shelton.

It then passed in to the ownership of my Grandfather, Cecil Incles.  On his death,  the plane, and a whole chest of other tools lay dormant for a number of years.

On leaving school I started an apprenticeship with a small local building firm, that happened to be where my grandfather had worked most of his life. I was lucky enough to inherit the tool chest, and its contents, and as time passed , tried to work out what they were all used for. The fence had been seperated from the body of the plough , and it was along time before I worked out that the two parts went together!

I decided to have a go at using the plough, and this led to my lifelong passion for collecting, and using antique tools.

the old photo is of my Grandfather making a flight of stairs, and if you look carefully you can see the plough plane on the window cill.

Incidentally, I ended up working at the very same bench in the photo for about ten years! 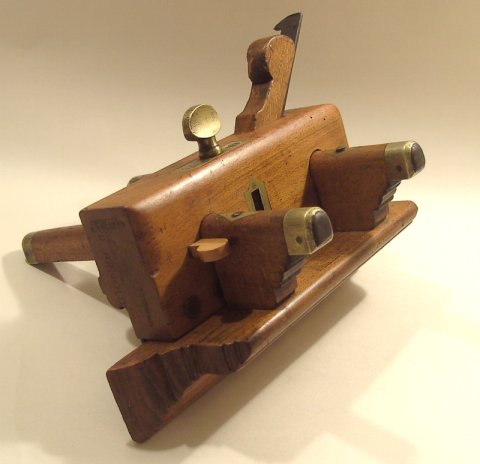 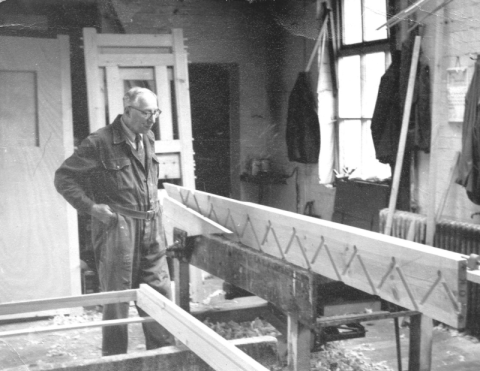 Francis Purdew is one of the earliest of the British planemakers, having started his apprenticeship in the late 17th century.  This moulding plane is a rather poor example, but does retain it's original Thomas Hildik iron, and round topped wedge.

Purdews distinctive oval mark, is just visible on the side of the plane. 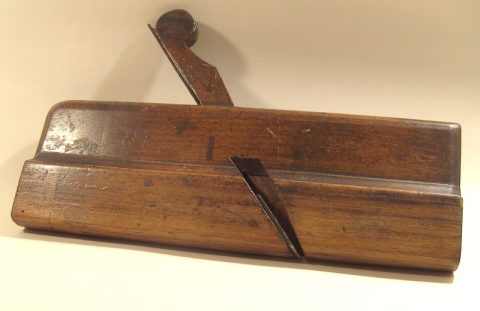 This is a rare proto dado plane by William Madox of London.

Most examples of this type of  plane seem to be by Madox, but I have seen an example by  the unrecorded early maker who  marked his planes with the stamp "Hands". 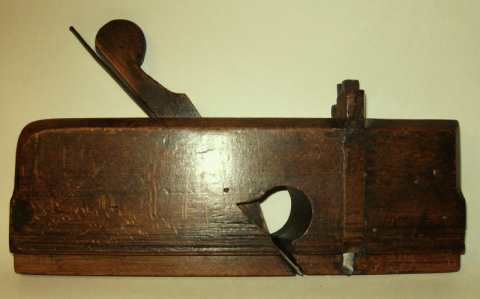 One of the most frequently used planes in the workshop is this panel plane by George Buck of London.

It was almost certainly made by Stuart Spiers for Buck. the infill is unusually mahogany, rather than the usual rosewood. Spiers offered this  as a cheaper alternative.

I have always found this plane so comfortable to use, and is a great everyday workhorse. The Marples iron takes a great edge, and stays sharp for ages. 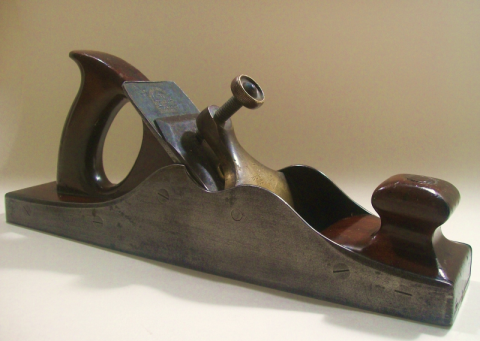 This Stuart Spiers smoother was made about the same time as the previous panel plane. It was probably made somewhere arround 1860.

You can clearly see the striations in the wrought iron construction. 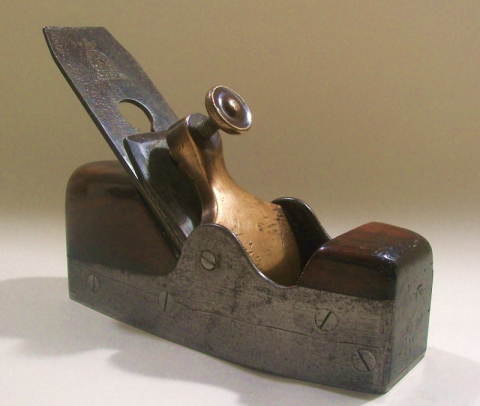 A very early plough plane by John Davenport of London 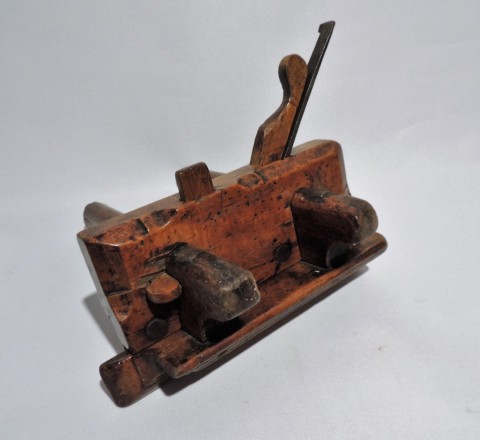